Astoria, NY
WRECKIO ENSEMBLE - Experimental Theater
Wreckio Ensemble is a not-for-profit movement-rooted theatre collective incorporated in November 2000. Wreckio produces original, character rich, and socially relevant work in an ensemble setting. Wreckio has four foundational beliefs: 1) ample time must be allotted to artistic development and rehearsals; 2) administrative and creative decisions are made by consensus, 3) core members are encouraged to take on various roles in the production company: as director, designer, actor, writer, etc.; 4) having fun is mandatory!

Atlanta, GA
THEATER OF THE STARS - Educational Theater
Preserving, creating and recreating the American Musical in response to the theatrical needs of the community.

Atlanta, GA
THEATER OF THE STARS - Musical Theater
Preserving, creating and recreating the American Musical in response to the theatrical needs of the community.

Brooklyn, NY
AMIOS - Repertory Theater
aMios is constantly creating theatre that is generated by our distinct process; work that engages the artists in process that is immediate, inspired, personal, organic, and which injects vitality into this scene we call "theatre."

Canton, MA
MYSTERY CAFE / COMEDY THEATER PRODUCTIONS - Dinner Theaters
Come laugh, witness a crime, and help solve a mystery! What makes us unique is our emphasis on the guest's experience. The characters interact with audience members while serving up a multi-course dinner as the mystery unfolds. Our scripts have earned rave reviews for unique participation.

Charlotte, NC
CHILDREN'S THEATRE OF CHARLOTTE - Children's Theater
A nationally recognized organization serving children 3-18 and their families with a variety of theatrical and educational programming.

Chicago, IL
CHICAGO OPERA THEATER - Musical Theater
Founded in 1974 by Alan Stone, Chicago Opera Theater has carved a significant place for itself in the operatic life of Chicago and has reached an audience of hundreds of thousands through its main stage performances, outreach, education and young artist programs.

Concord, NC
ACTING UP CHILDREN'S THEATRE - Children's Theater
Acting Up Children's Theatre aspires to enrich our community through diverse and significant theatrical programming that engages and inspires the child in all of us! The vision of Acting up Children's Theatre is to be Cabarrus County's premier children's theatre company dedicated to:

Minneapolis, MN
THE BRAVE NEW WORKSHOP COMEDY THEATRE - Comedy Theaters
The Brave New Workshop is the longest running satirical comedy theatre in the country, and the third oldest theatre of any kind in the Twin Cities. The BNW has exposed over three million people to its world famous satirical comedy and improvisation. The BNW also heads the Brave New Institute & ETC Theatre, the primary 'workshop' for the BNW, where it hosts experimental theatre productions and also teaches improv classes. The BNW offers shows on its mainstage and at the BNI & ETC theatres throughout the week.

New York, NY
PRODUCERS CLUB - Comedy Theater
The Producers' Club is dedicated to artistic community, and to providing its services and facilities in service of artistic community. Most of all we are dedicated to supporting and nurturing those with the vision and will to create. Whether it be for auditions, readings, workshops, or fully realized productions, the Producers' Club provides performance and rehearsal space and support services at reasonable prices. In addition, our friendly, resourceful staff has a genuine interest in facilitating and promoting all the work that is produced here and forming long-lasting, professional relationships with those who call the Producers' Club home. We at the Producers' Club are committed to upholding the traditions of entertainment and innovation inherent in New York's theater community. We believe there truly is no business quite like show business.

New York, NY
THIRD EYE THEATRE COMPANY - Educational Theater
Third Eye Theatre Company is committed to developing and producing new and thought provoking plays and musicals. Founded by theatre professionals, out of a need to explore issues of social relevance, and to celebrate diversity. We seek to entertain, challenge, and INSPIRE . . .
We have two educational shows available for touring.
"Those Whistling Lads! The Poetry and Short Stories of Dorothy Parker" geared toward college students focusing on Literature and Women's Studies as they relate to Mrs. Parker's works.
"Class President" geared toward high school students which deals with the ways in which terminal illness is treated among teens.
For more information, please contact Michael Levesque, Artistic Director.

Niagra-on-the-Lake, Ontario, CAN
SHAW FESTIVAL THEATRE - International Theaters
Plays about the beginning of the modern world by Bernard Shaw and his contemporaries.

Niagra-on-the-Lake, Ontario, CAN
SHAW FESTIVAL THEATRE - Summer Theaters
Plays about the beginning of the modern world by Bernard Shaw and his contemporaries.

Norton, VA
ROADSIDE THEATER - Culteral & Heritage Theaters
Roadside Theater is creating a body of drama based on the history and lives of Appalachian people and collaborating with others nationally who are dramatizing their local life.

Orange, CA
THE VILLAGE THEATRE - Community Theater
First built in 1959, the Village Theatre remains a cultural landmark of the city of Orange, boasting the largest Marquee in the area. Theatre amenities include:
-285+ Main stage auditorium with plush red theatre seating refurbished in 2009.
-Full video system with computer in sound booth to operate full videos in any media format.
-Rear dressing rooms, side loading staircase exit stage left or right.
-Stage is 20x40, with side wings of 10x20 each stage add on available to 24x40.
-All new lobby, restrooms, box office, additional rooms above lobby, and concession areas.
-40 light system 24 Channel programmable NSI Control board for multiplex system -RAVE digital board and converter for more complex programming and digital capabilities.
The Village Theatre is the perfect rental for all your special occasions and is conveniently accessible by all modes of transportation. Call or email us today for more information!

Orange, CA
VILLAGE THEATRE OF ORANGE - Musical Theater
Village Theater strives to promote a positive and uniting experience by focusing on the passion of dance through originality and diversity.

Orleans, In
THE ORLEANS THEATRE - Community Theater
This is the last remaining historic theatre in Orange county Indiana. It was designed for vaudeville so the theatre has a 24x24 stage and seats 100 very comfortably, Multiple screen setups. Sound and house lighting, This theatre is on a major Indiana hwy. Many of possibilities with this theatre. Also included is our outdoor cinema system. Lots of grants available.

Pittsburgh, PA
SPOTLIGHT PERFORMING ARTS ACADEMY - Shakespearean Theater
Spotlight Performing Arts Academy, established in 1996, offers classes in dance, musical theater, acting, voice, and other performance-related skills to students from pre-school through adult. We offer the highest quality classes at rates comparatively lower than our competition, and we are the only school in the North Hills area to offer comprehensive professional training programs in both dance and musical theater.

Raleigh, NC
THE NORTH CAROLINA THEATRE - Musical Theater
We are the Theatre of LIVE MUSICALS in North Carolina.

San Jose, CA
BIG LIL'S BARBARY COAST DINNER THEATER - Dinner Theaters
19th-Century vaudeville is alive and well at Big Lil's! Here the audience joins in the act, booing the villan as he ties Little Mary Sunshine to the railroad tracks, and cheering as the hero routinely saves the day. The price of admission includes a dinner catered by Tony Roma's Restaurant ($15 show only). Shows begin at 8pm.

Santa Rosa, CA
SRT - SUMMER REPERTORY THEATRE - Summer Theaters
Summer Repertory Theatre is one of the last few theatre companies that produces multiple plays. At SRT, we are proud to perform 5 different plays simultaneously over the course of our 7 week season. We transform ourselves and our theatres so that you can see a totally different show on any given night.

Santa Rosa, CA
SRT - SUMMER REPERTORY THEATRE - Summer Theaters
Summer Repertory Theatre is one of the last few theatre companies that produces multiple plays. At SRT, we are proud to perform 5 different plays simultaneously over the course of our 7 week season. We transform ourselves and our theatres so that you can see a totally different show on any given night.

Teaneck, NJ
AMERICAN STAGE COMPANY - Culteral & Heritage Theaters
A professional theatre company dedicated to producing and developing new and classic works by American playwrights. ASC has premiered over a dozen productions since its founding in 1986, including: 'Forever Plaid,' 'Other People's Money,' and 'I Love you You're Perfect, Now Change.'

Toronto, Ontario, CAN
FLY BY NIGHT THEATRE COMPANY - Experimental Theater
Fly by Night is a new theatre company of young artists that is devoted to creating outstanding theatre and nurturing emerging talent. The company is also dedicated to assisting underprivileged children in Africa, contributing all proceeds to the Royal Seed Needy Home in Ghana.

Advertising Information
Place a Listing or Classified Ad
Place a Theater Listing
Make A Donation
Link To Us!
Report BROKEN LINK or other Error
SHARE THIS PAGE
Contact Us 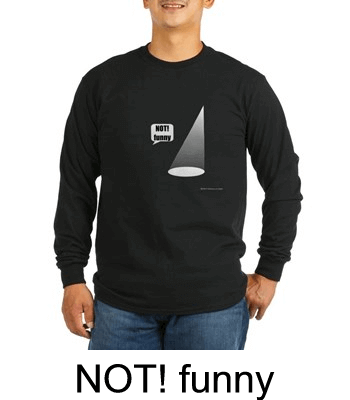 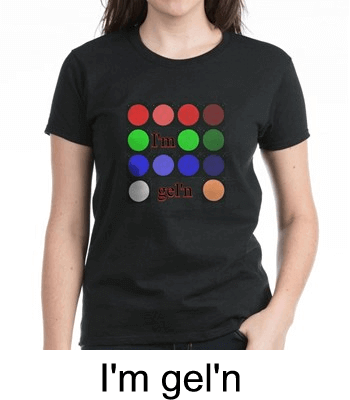 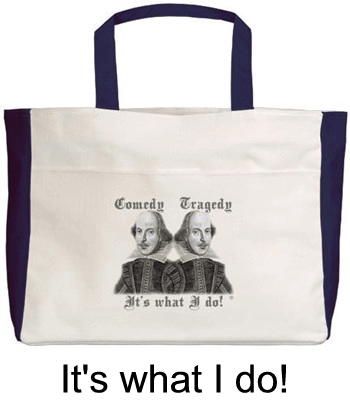 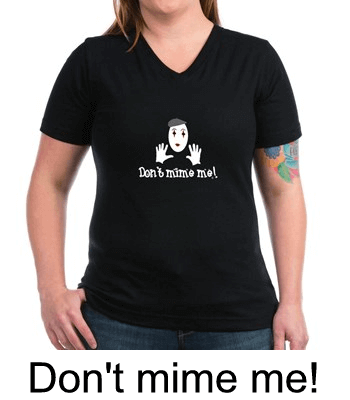 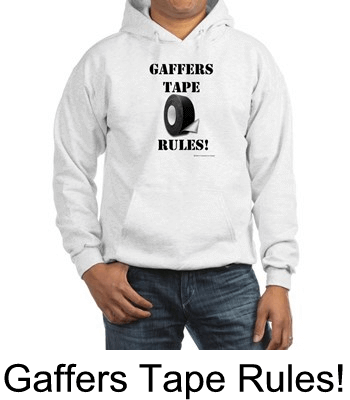 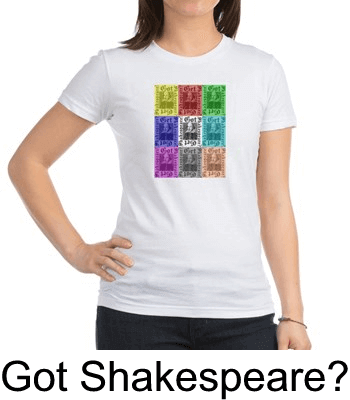 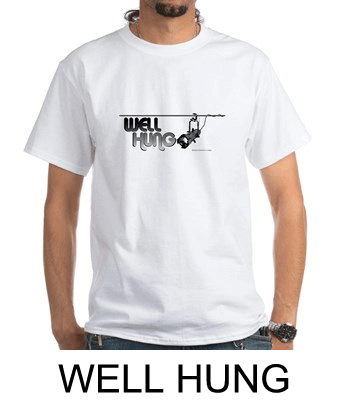 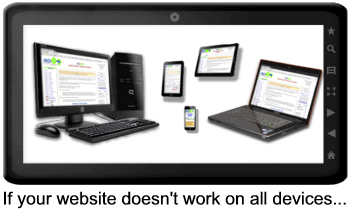 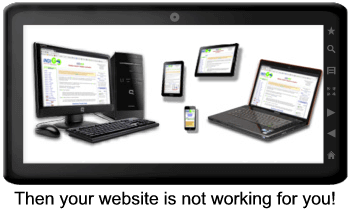 With over 30 years of theatrical scenic and lighting design experience, we understand your needs. Discounts for theaters and non-profits.

We're the people who bring you Theater Services Guide.

CENLYT Productions-ms designs
Advertisement
Need a reason to advertise on Theater Services Guide?
Don't just take our word for it...

"We were thrilled when we discovered Theater Services Guide as an online advertising venue!  Our return on investment has been exceptional, harvesting several qualified leads in our very first month." 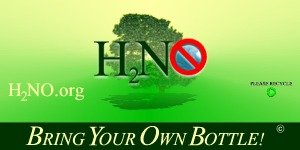 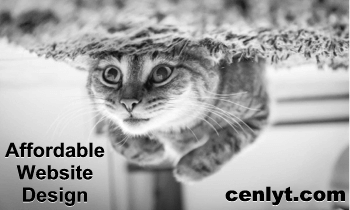 Report a broken link or other error

If you prefer, you can use the Report An Error page.

Yes, we do make mistakes now and then. We appreciate your help in keeping Theater Services Guide accurate.

If you prefer, you can use the Tell A Friend page.

If you prefer, you can use the Contact Us page.